Do you think you’re a gritty person? What if you could measure how gritty you are? In her #1 New York Times Best Seller, Duckworth explains what grit is in measurable terms and why it’s essential to cultivate. Especially in this unusually troubled time, her research resonated with my search for ikigai and passion. Moving forward despite various hardships is exactly what grit allows you to do.

Her findings include the following three ideas:

Angela Duckworth, Ph.D., is a 2013 MacArthur Fellow (known as the “Genius Grant”). She was born to Chinese immigrants and grew up being told frequently by her father that she was “no genius.” She developed the Grit Scale that she discusses in the book, which measures a person’s level of grit on a scale from 1 to 5. She is currently a professor of psychology at the University of Pennsylvania, along with being the founder and CEO of Character Lab.

I recommend reading Duckworth’s book. The content was insightful and intriguing. I found many parallels with my own life in her commentary about raising children. She includes numerous case studies along with her own research as examples exemplifying her statements. There is a lot you can learn about yourself just from reading Grit.

What we accomplish in life depends on our grit, not by obsessing over talent

First and foremost, Duckworth determines that talent is not a guarantee of grit. One can have all the natural-born ability for something, but without grit, that person will not become highly accomplished. She states, “[o]ur potential is one thing. What we do with it is quite another.” Too often in the real world, people are judged by their talent and not by their effort. There is a bias to prefer someone with natural talent than a striver. This bias is visible in the job market or high-level sports, for example. People tend to want to hire a person with more talent rather than a person with more potential.

All human achievements can be broken down into mundane individual elements. For example, I didn’t suddenly become able to read piano music. It took years of practice, day by day, hour after hour, until I became fluent enough to read by sight. Anyone seeing me now doesn’t know the amount of effort that went into my practice. They might assume I just had a natural talent for music.

Duckworth was able to quantify how effort counts twice towards establishing skill and achievement. This idea resonated with me very much as someone who grew up with the typical Asian tiger mom. Everything was practice, practice. Practice your piano, practice your writing, math, do your homework, read your book. I may not have necessarily used deliberate practice, but I was putting in the time. As a result, I got top grades in school, but to my classmates and teachers, they just saw that as me being “smart.”

Grit has two components: passion and perseverance. Duckworth’s Grit Scale measures both. Passion in this context is measuring the consistency of an interest over time. Instead of how intensely you’re involved with your interest, it is about how long you’ve had that interest. It’s more like a compass that guides your life. Passion sounded a lot like ikigai to me.

It was interesting to see when I took the test that my perseverance was higher than my passion (4.4 vs 2.4). This made a lot of sense, given that passion is equivalent to ikigai. I did not know what my interests, passion, and ikigai were, but I was able to stick to whatever I ended up doing.

Grit can be grown, both from the inside and externally

Duckworth presents data that shows that there may be a relationship between people’s age and grit. The more people mature over time, the more their grit grows. More than anything, she found that hope defined every stage of gritty people’s lives. Having hope was always a plus for facing any difficulties in your career and life. This is good news for anyone who took the Grit Scale test and discovered their less than ideal grit. It was the case for me.

Growing from the inside

Duckworth found research that shows that people “are enormously more satisfied with their jobs when they do something that fits their personal interest.” They also perform better when they’re doing something that interests them. The difficulty is discovering what this interest is. That is the very reason why I started writing here.

Interests are triggered by outside interactions, not by introspection. Duckworth states that the initial trigger of a new interest needs to be followed by retriggering it repeatedly. When it comes to children, she mentions that encouragement is crucial for building interest and subsequently, passion and grit. Children that make their own choices about what they like are more likely to identify their passion in the future. Encouraging fun and freedom is very important.

Once people with grit find their interest, they don’t just let it be. They deepen it further through deliberate practice. Their interests gradually develop over time and provide them with satisfaction and fulfillment.

Anyone can practice a particular skill. To provide results and to grow that skill, a gritty person uses deliberate practice.

According to Duckworth, deliberate practice is:

Corporations and agencies have adopted this for creating production plans and company goals. The Japanese have a concept called kaizen, which means continuous improvement. It incorporates setting goals and self-reflection. It became known worldwide after Toyota introduced it as a means of improving their company’s products, processes, and people.

Ikigai, or purpose, as Duckworth calls it, provides a great source of motivation to gritty people. Happy workers can identify as having a calling as opposed to just a job or a career. She finds that “[h]ow you see your work is more important than your job title.” I experienced this change recently. I used to be a Program Manager, but the work didn’t feel meaningful to me. Now I’m a retail worker, but I have a more significant connection to the community and know that I’m making a difference.

In her research, Duckworth found that people who have both personal and prosocial interests do better in the long run than people who are 100% self-motivated. That is why she urges teaching children how to look beyond the self. Role models are crucial to demonstrate accomplishments on behalf of others, not just for yourself.

Growing from the outside

If you want to teach your children growth mindset, you can praise them for their efforts, not their actual skill. Children develop a fixed mindset when parents react to their mistakes as if they’re a problem. I had to pause and reflect on my upbringing at this point. How many times had I been chastised and shamed for not getting perfect marks on my homework and tests? How many times was I yelled at for making mistakes during my piano practices? And yes, my mindset was quite rigid until quite recently. It was incredible for me to realize how much impact a parent can have on the life of their child.

Duckworth, a parent herself to two daughters, attempts to draw a connection between parenting style and the grittiness of the child. She comes up with data showing that parents who are warm, supportive, and demanding, all at the same time, provide the environment best suited for raising gritty children.

This parenting style is not limited to just parents and children. The same relationship can be made between teachers and students, and between adults in a mentorship. I was struck by what an older brother tells his younger brother in one of the case studies. The younger brother was talking himself down from applying to a prestigious school. The older brother tells him that he has the skills to make it there and then says, “You have nothing to lose by trying.”

This statement was a switch for me, just like with the younger brother. There was nothing to lose from attempting something. You may not succeed at your initial goal, but now you know about the experience. Have you been sitting on an idea or project that you have been thinking about for a while? What has been preventing you from starting it? How have you been talking yourself down? You have nothing to lose from trying.

Grit and well-being are positively related

The easy way to grow grit is to surround yourself with gritty people. When everybody thinks that they can overcome adversity, it’ll often lead to actions and behavior that confirms your conception. When you’re pursuing your passion with grit, you naturally feel like your life is meaningful.

Duckworth advises, “[i]f you’re a leader, and you want the people in your organization to be grittier, create a gritty culture.” Pete Carroll, the Seahawks Coach, agrees, “I have learned that if you create a vision for yourself and stick with it, you can make amazing things happen in your life.”

I came across Angela Duckworth’s “Grit: The power of passion and perseverance” at a very opportune time. Funnily enough, the first and second time I attempted to read her book, I didn’t have enough grit to get past her first chapter. My third attempt was successful, and I incorporated my Bullet Journal to take notes as I read. Once again, I was taken by how much her research resonated with my search for ikigai and passion.

If there’s anything you need to take away from reading this book, it would be these three points Duckworth emphasizes:

This book was an enjoyable read. The content was insightful and intriguing. I felt like my life could have been one of the case studies. Duckworth’s research seems sound and logical. There is a lot you can learn about yourself just from reading her book. And perhaps, you’ll figure out a way to discover your passion and ikigai, and use that newfound purpose to lead a fulfilling life.

Passion for your work is a little bit of discovery, followed by a lot of development, and then a lifetime of deepening.

If you haven’t already, find out your grit level at Angela Duckworth’s website. Buy the book here, or borrow it from your local library.

Recommendations for other similar books:

Affiliate Disclaimer: As an Amazon Associate, I earn a portion of the cost of the product in qualifying purchases. 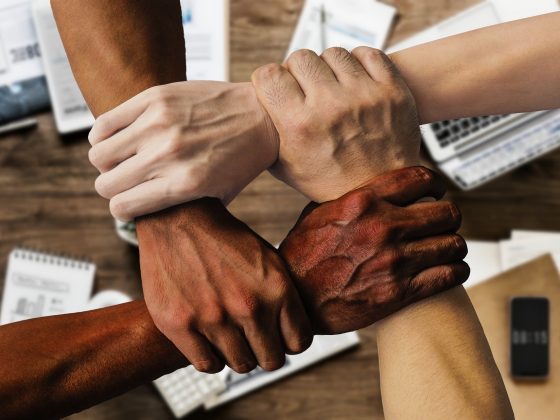 Being Asian in this America: Why We Need to Act 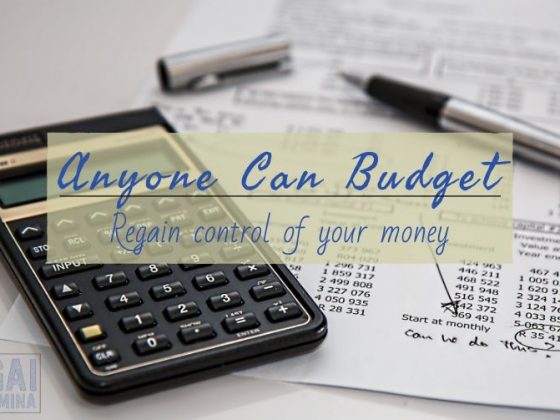 Anyone Can Budget – Conquer Your Money Anxiety